What to Know & Where to Go

The history of Barberino is closely tied to the once powerful city of Semifonte, a nearby town that was completely destroyed by the Florentines in 1202 and the castle of Counts Alberti.  The history of Semifonte is interesting, in the Middle Ages it was a large, important city and thus considered a great enemy by Florence. A power struggle persuded and the Florentines finally took action to definitely eliminate the threat.  In a four year siege, Semifonte was conquered and completely destroyed. To prevent its reconstruction, Florence prohibited anyone from building on the site . . .for all time! 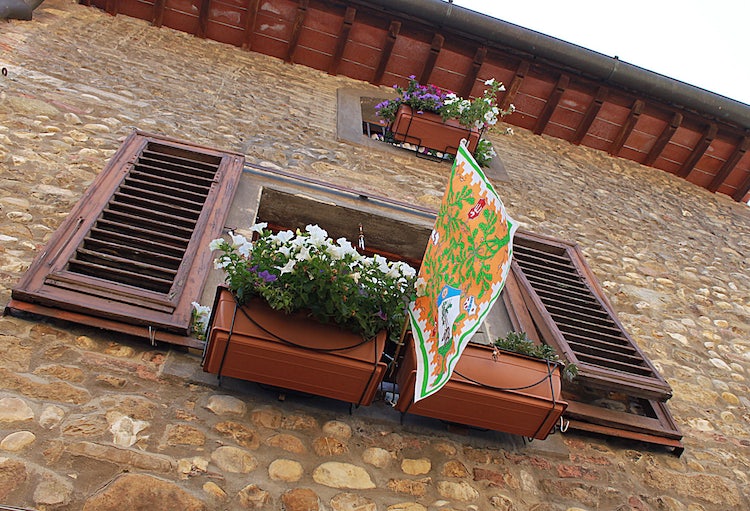 There is not much hard evidence to sustain the presence of a castle at Semifonte, however there are many legends. They tell us that not only did the Florentines force the citizens to demolish their own town, but some even say that salt was sown in the ground.  Those who escaped death at Semifonte where sent to Barberino to reinforce both its defensive walls with the stones of the demolished castle and city, but also its population.  Barberino val d'Elsa grew as a central market town due to its position between the north-south and east-west cross roads, and because of this reason often found itself defending its borders with the help of Florence. The town and the countrside around Barberino are an excellent option for a home base on your vacation with easy access to the many sites in Tuscany.

What to see in Barberino val d’Elsa

A circular route starting from Florence could easily include:
Impruneta, Barberino Val D'Elsa, San Donato, Castellina, and Panzano, Greve in Chianti, and back to Florence

Driving Time: 2 hours and 30 minutes (not including stops) using secondary roads and no main highways

A circular route starting from Siena could easily include:
Poggibonsi, San Donato, Barberino Val D'Elsa, San Gimignano and back to Siena

Driving Time: 2 hours and 20 minutes (not including stops) using secondary roads and no main highways

The town is has a long spindle like shape, where the principle road runs down the center connecting the two main doors into the city. As you enter from the well conserved Sienese Gate to the south you embark upon via Francesco da Barberino, where there are several beautiful buildings with beautiful wooden doors and clean stone walls, said to be built from the rubble of Semifonte.

To the left of the entrance is Palazzo del Cardinale, sporting the emblem of the Barbeini family and that of Pope Urbano VIII.  Halfway down the street, the Palazzo Pretorio faces the small square with its facade decorated with 35 coats of arms of important noble families since 15th century, including several Florentine families.

A unique urban plan has you admiring the back end of the San Bartholomew church (instead of it facing inwards opposite the government building.) Proceeding along via F. Barberino, you come to the Florentine Gate, although no longer the original one, it still makes quite a presence. The position of Barberino on the cross roads leading towards the Francigena, meant that the locals were geared to receive and care for travelers and next to it is the old pilgrim hospital (l'Ospedale dei Pelligrini), built in 1365 by Taddeo di Cecco and now housing the modern town library. 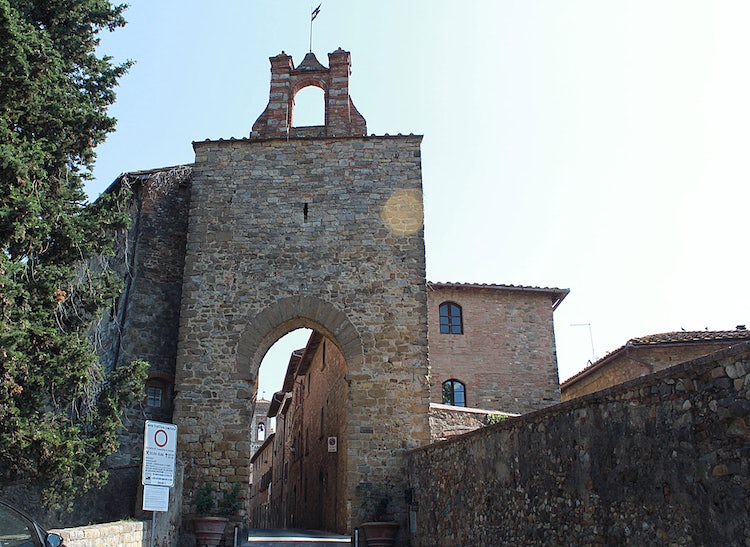 Then you reach the magnificent Church of St. Bartholomew, rebuilt in the neo-gothic style in 1910. Inside is a fragment of a 14th century fresco and a panel painting by the Master from Barberino from the 16th century depicting the Virgin Mary with child giving a rosary to St. Catherine from Siena and St. Dominic.  The terrace in front of the church is a beautiful spot to admire the soft hills and the patchwork of olive groves, vineyards and small forest alcoves. 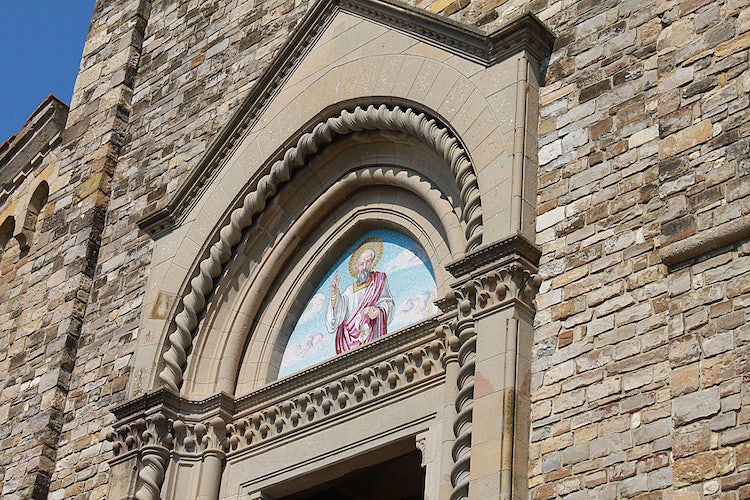 Often cited as one of the oldest churches in Chianti, Sant'Appiano certainly is one of the more picturesque with the stone columns still standing before the facade. Set not far from Barberino, a visit here will inlcude not only a walk outdoors, but a visit to the interior of the church boasting Etruscan origins and the museum next door which provides several artifacts from the area and a brief history of the church. 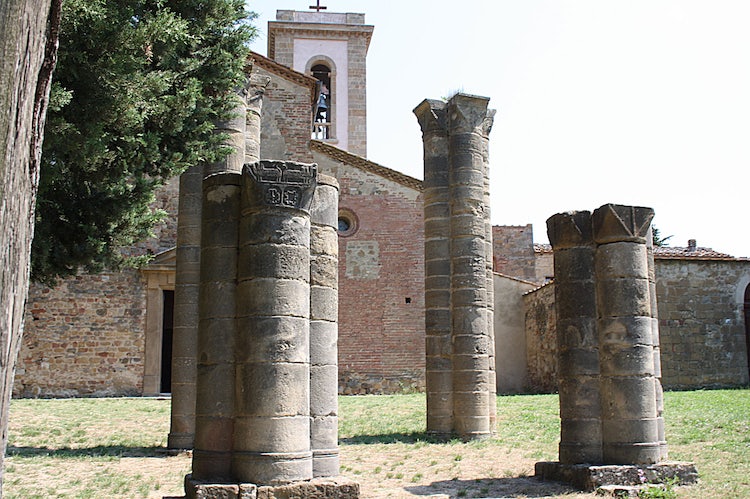 Chapel of St. Michael in Semifonte 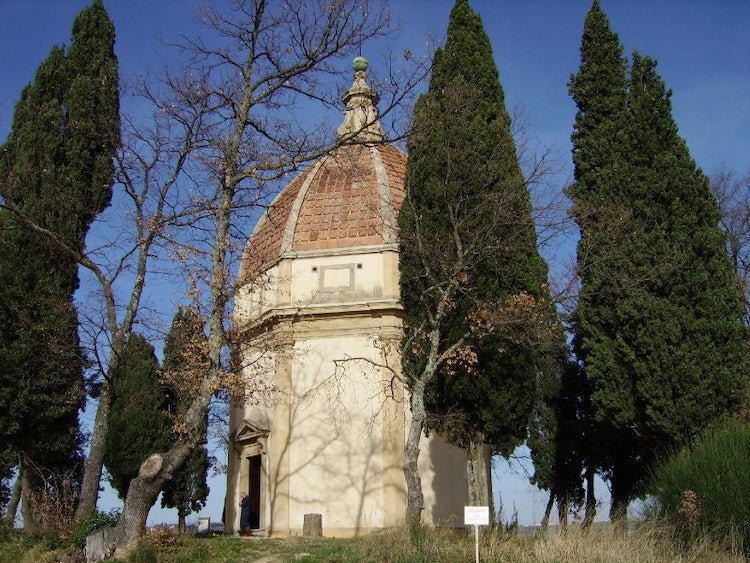 Though it was forbidden to rebuild on the site of Semifonte, the Emperor was petitioned to make this concession to honor the long defunct town. The Chapel of San Michele Arcangelo (sometimes referred to as San Donnino) was built in 1597 by Santi di Tito, one of the most influential and leading Italian painters. However Tito also dabbled in architecture, and his choice for this chapel is a perfect 1:8 scale reproduction of the Cupola of the Cathedral of Florence. The Chapel serves as a reminder of the “città inesistente” - or what is sometimes known as the inexistent city. The site of the ancient city of Semifonte where the chapel now stands, was razed to the ground by the Florentines in 1202 and remains a focus for archaeological study.

How to Reach Barberino val d’Elsa

From Florence you will want to take the Florence - Siena highway and exit at Tavarnelle V.P. and follow signs for Barberino val d’Elsa. For those travelling without a car, catch the bus number 370A (final destination Poggibonsi) from the SITA bus station next to the train. 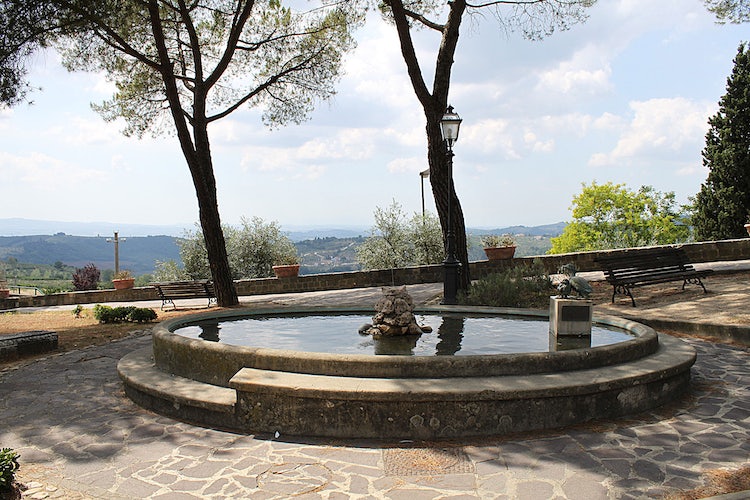 The main parking for Barberino Val d’Elsa is either directly in front of the church or a little further north, where you will also find a town park with games for the kids.

Where: Via Mannucci, 3 Barberino Val D'Elsa

Hours from April to October:

San Donato in Poggio in Chianti

Chianti wine is one of the most famous and appreciated wines around...

A charming farmhouse with apartments for rent,...

Near Barberino Val d’Elsa is the stunning Romanesque Church of...

Set in the panoramic landscapre of Monteriggioni and Siena, the...