Castellina in Chianti: Activities for all Interests

The city's origins go back to Etruscan times of which there are many visible remains to explore both in the excavations at the well marked archeological sites and in the Archeological museum in the city center.

What distinguishes the two?

There are different production regulations, production zones and consortiums. Chianti Classico, which celebrates 300 years in 2016. It comprises a geographical area of 71,800 hectares (177,500 acres) and the entire territories of the municipalities of Castellina, Gaiole, Greve and Radda and parts of those of Barberino Val d’Elsa, Castelnuovo Berardenga, Poggibonsi, San Casciano Val di Pesa & Tavarnelle Val di Pesa.

Salingolpe, as it was known in the early Middle Ages, was given as a fief by Matilda of Tuscany in the 11th century to the powerful Count Guidi family.

In the mid 1200's the "Lega of Chianti" was formed as a governing body and Castellina, Radda and Gaiole were the sole participants. Eventually, the Florentines turned it into an important stronghold due to its strategic position between Florence and Siena, of which today the Rocca still remains.

The town was destroyed and rebuilt many times during the battles between the two poweful cities from the north and south, and every time the town was reconstructed, they made bigger defensive walls.

Legend has it that even Brunelleschi was asked to work on the project of new walls for the town. 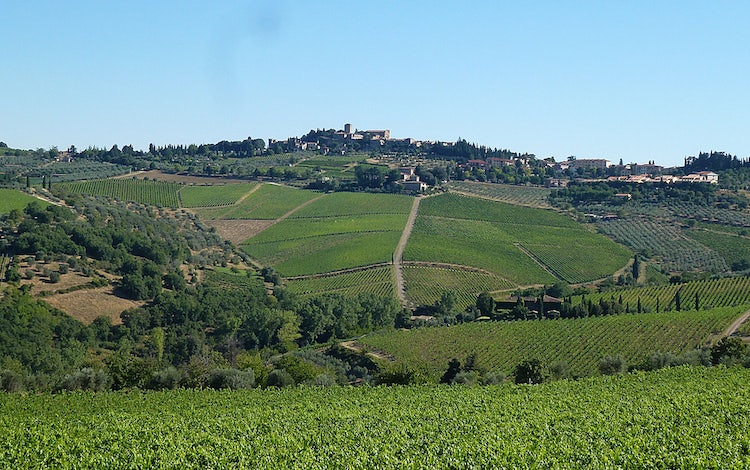 The borgo still preserves the quadrilateral shape of the ancient medieval fortification and reminders of the many towers that once protected it from invasion during the period of conflict between Florence and Siena can be seen incorporated into some of the modern architecture. The main fortification, called the Rocca and its huge 14th-century tower, has a magnificent view over the town and the surrounding countryside. It is a stunning venue for civil wedding ceremonies or events. 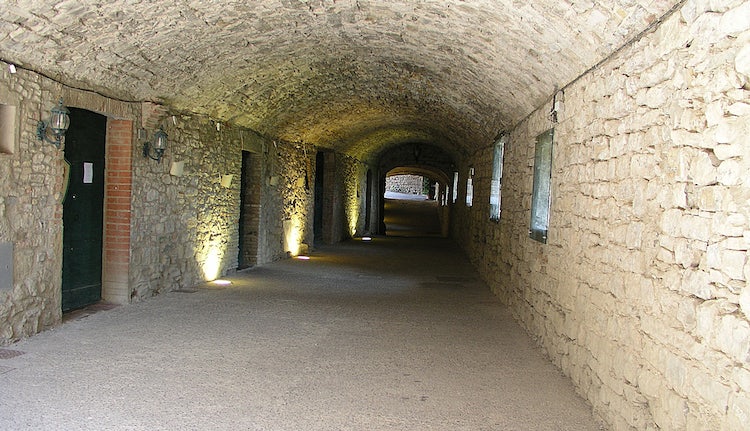 Along the ancient walls there lies an impressive underground tunnel now called Via della Volte which is lined with shops, artisans and restaurants. The tunnel itself goes around the city, enclosing the city center from below and it makes for a cool and refreshing escape from the summer sun. It was once an open air road and as the city felt the need to expand, it built over the road creating a “tunnel”. This unique formation is divided by the main street, Via Ferruccio which houses more boutiques, workshops, cafes and important buildings such as Palazzo Banciardi and Palazzo Squarcialupi.

The Church of San Salvatore deserves a visit. It was rebuilt in 1945 after the devastation of WWII, but still displays a valuable fresco by Lorenzo Bicci depicting the Virgin Mary with Child and a wooden statue from the Renaissance. 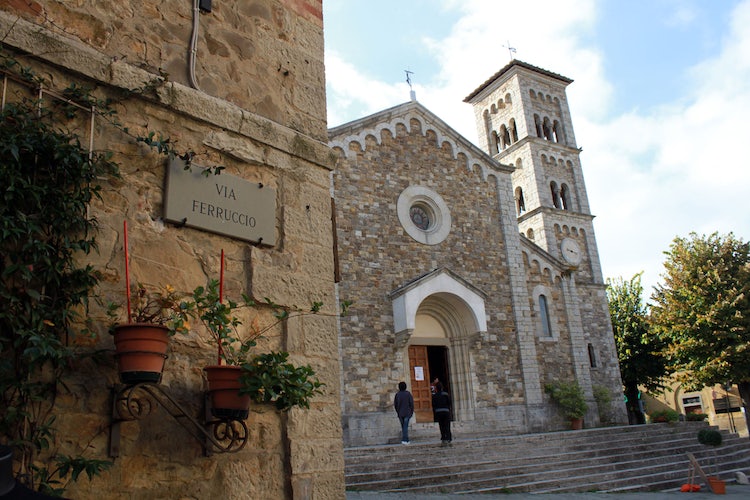 Inside the Rocca is the headquarters for the local commune or Municipality and the Archeological Museum of Chianti, displaying important archeological findings from the surroundings that testify to the ancient origins of the Chianti region.  The museum is divided into three themes, and the artifacts focuses on the Bronze age finds, those of the nearby Etruscan excavations and the medieval structure of the city.  There are also several exhibits of pieces from neighboring digs and is suitable for all ages, with interactive learning tools.

According to the legendary tale of how the borders in Chianti were created, it seems that the race between the Florentine and Siena horseman, ended right here in this area between Fonterutoli and Castellina:  Crocefiorentina.

The estate has been in the Mazzei family since 1435, and very little has changed in its appearance since then except for the family villa and the production of excellent wines. Located just ten minutes south in the direction of Siena, this area is often included in biking and hiking itineraries.  In addition to great views and wine, you will also find the archeological dig of Poggino di Fonterultoli, and 5 tombs dating in the 6th century.  The museum displays the artifacts found here. 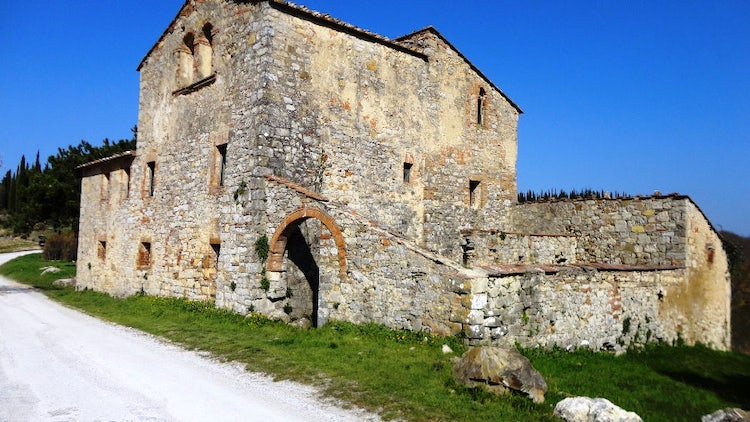 Within walking distance of the city center, this Etruscan tomb is open to the public. The tomb dates from the sixth century BC and has four burial chambers oriented north, south, east, west, and each consisting of a main burial room and lateral cells. The tomb was discovered in the 16th century but since it was not properly excavated in the early 1900’s much of the valuable artifacts were looted. Perhaps the most exciting find, are the remnants of the “carro” or Etruscan carriage which has been reconstructed and visible in the Museum in Castellina. 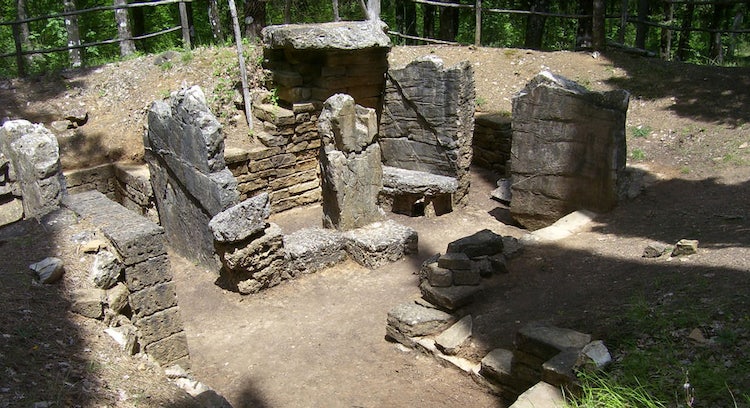 A circular route starting from Florence could easily include:
Impruneta, Greve in Chianti,  Panzano, Castellina, San Donato, and back to Florence

Driving Time: 2 hours and 20 minutes (not including stops)

A circular route starting from Siena could easily include:
Castelnuovo Berardenga, Gaiole, Radda, Castellina, Monteriggioni and back to Siena

Driving Time: 2 hours and 15 minutes (not including stops)

How to Reach Castellina

There are several ways you can reach Castellina by car, each of which provide beautiful scenery and many opportunities to stop and take some memorable photos.

It is also possible to reach Castellina via bus from Siena - however, if you opt to reach it from Florence via public transport you will find you have to change, the 365 line will only take you as far as Greve. There is a train station in Castellina Scalo however, it is a rather contorted trip from the train station to Castellina (12 km in about an hour) 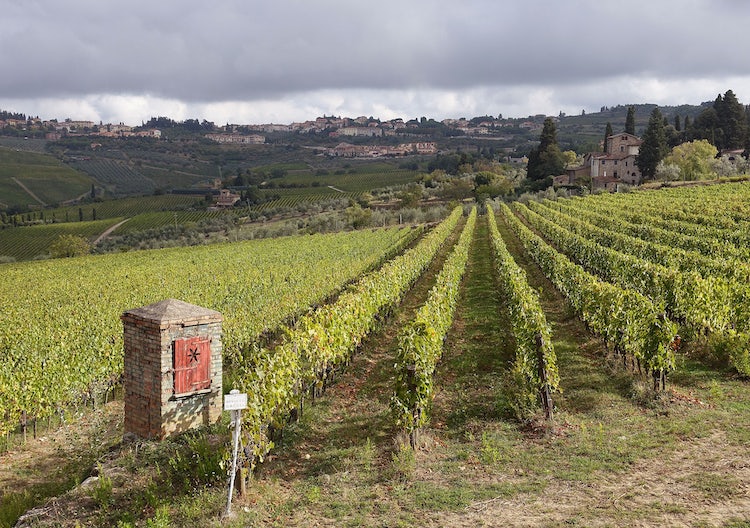 Besides having an overwhelming selection of enotecas and wine stores, Castellina and the Via della Volte offer an assortment of small shops highlighting local artisans, artistic and food. Plan on a visit to the weekly market, every Saturday in the morning from 8 am to 1 pm. The position between so many points of interest, make Castellina in Chianti and its surroundings an excellent choice for a base for your holiday vacation in Tuscany. There are several agriturismos for a true Tuscan farm experience as well as B&B suites, where you can indulge in the warm hospitality, hearty meals and luxury accommodations. Have a look at this link for a complete listing of the variuos options.

Tourist Office in Castellina in Chianti

Where: via Ferruccio, 40 - Castellina in Chianti (Siena)

Lookig for suggestions about Chianti...

A practical guide on what to see and how to get to Greve in...