What is Poggibonsi in Chianti all about?

There is more to see than vineyards in western Chianti

This area of Chianti was active long before the production of wine...and specifically that of Chianti Classico.  though they have a long and strong tradition in the fine art of making delicious wines.

The growing traffic from the via Francigena helped establish it as a widely respected and strong commercial base. However, like many cities caught in the continuous power struggle between Florence and Siena, Poggibonsi paid the price of having developed a strong market and economic trade causing them to resort to "damage control" efforts frequently. In the year 1155 (or some say 1156), Conti Guidi moved the entire population into what is now the actual location of Poggiobonizio combining several small "borgos” or small towns into one place. 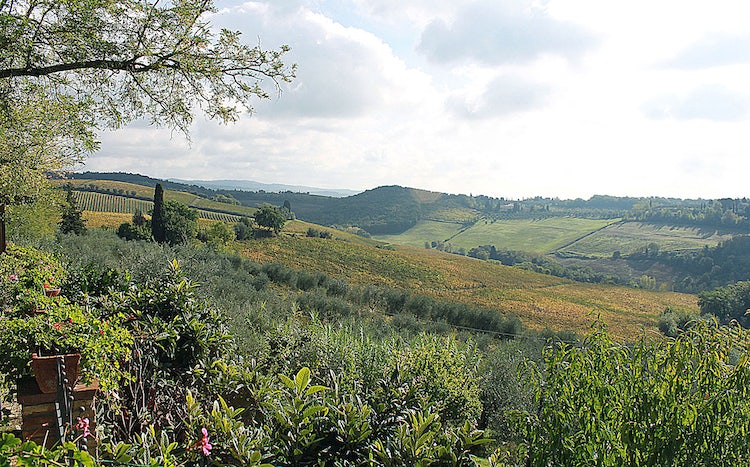 Once declared to be one of the most beautiful Italian cities, it was unfortunately subjected to continuous destruction; in 1270 when it finally moved into the hands of the Florentine Guelfs, it became the object of many lofty plans. The last of which started in 1484, when Lorenzo de' Medici envisioned a new settlement built according to the Renaissance idea of the "Ideal City", protected by a fortress designed by Antonio and Giuliano da Sangallo.  However, after the death of Lorenzo it ground to a halt and still remains incomplete.

But that is not a valid reason to avoid visiting this area, rich with subtle reminders of past cultures and settlements.  The landscape takes on a softer appeal, with its large blocks of patchwork greens, mixing fields of grain, rows of vineyards, grooves of olive trees and the occasional low laying forest which are rampant in the eastern part of Chianti.

7 reasons why you want to visit Poggibonsi

This Medici fortress is a piece of medieval architecture realized by the da Sangallo brothers upon request of Lorenzo il Magnifico...but was never finished due to his death. Left untouched for almost more than 500 years, it now stands as a park and public area where during the summer there are shows and concerts, a restaurant with a stunning panoramic position and lots of space to enjoy a stroll overlooking the land that divides Florence and Siena. The wide sidewalk, adorned with benches and pieces of modern art, winds its way above the present day Poggibonsi and promises a bird's eye view of the landscape - simple perfect.

Located within the park of Poggio Imperiale, this extraordinary activity is coordinated by those who truly love the mysteries of the past and what is really surprising - it is actually free! Every Sunday you can roam the permanent exhibition of a small town with “actors” dressed according to the time period - they "work" at activities that demonstrate the skills and jobs that were part of the everyday life for those who once lived in the what is now one extensive archaeological dig. Keep up with the activities by visiting their Facebook, which is updated frequently (as opposed to their site, which is not.) 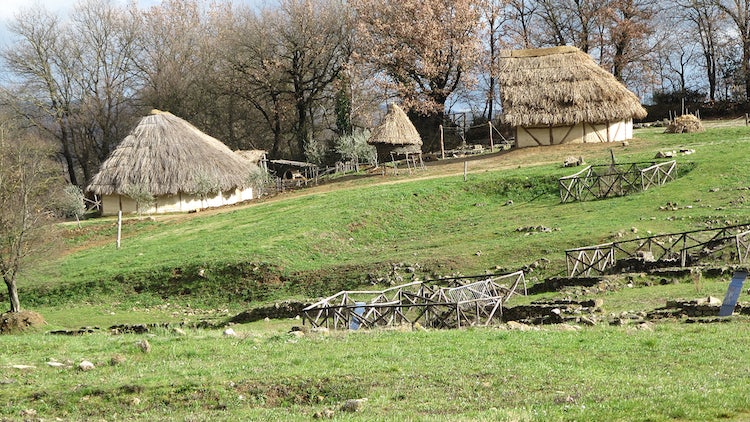 Dating from the 1300’s this beautiful fountain composed of 6 stone arches, was most probably constructed by talents that came from northern Italy. It was actually buried during the construction of the Fort because history will tell us it was considered a sin to destroy any source of water (and due to its position on the via Francigena...this was a very important source of refreshment).  It was only brought back to light in the 1800’s. Surrounded by a spacious public park, this architectural wonder from the medieval times rests in a unique setting filled with local activity and life. Visit not only the fountain but the park with its contemporary art and shady green areas - a great place to stop in the summer months mixing some down time for the kids with a bit of stimulating culture.

This church is one of the few examples of the Gothic style of architecture - and it is found right here in Valdelsa (the valley of the river Elsa). The church is named in honor of Saint Lucchess, who after leading a life of greed and usury followed the example of St. Francis; he gave his worldly goods to the poor and lived (together with his wife) in poverty. The church, located on a hill overlooking the Fortress, is particularly rich with artwork inside and its panoramic position just outside the Poggibonsi city center is worth the visit. 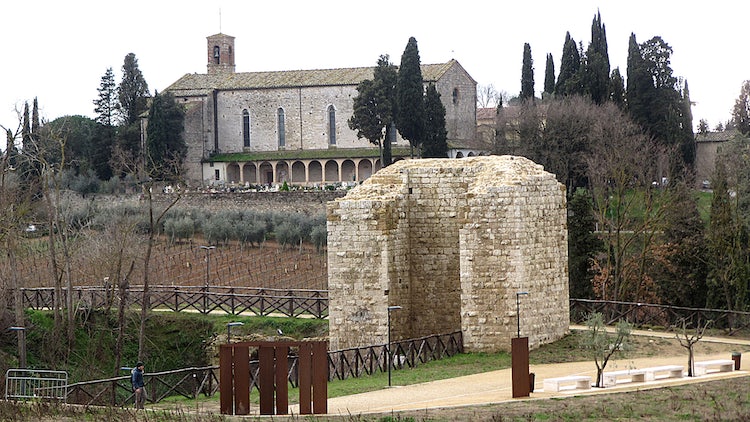 This churches dates in the 1300’s, and has been reworked several times, leaving many evident signs of the work of the face lifts and dramatically changing its appearance. However, the value of this church lies more with its place in history than with its architectural and artistic patrimony. It served as the meeting place between the invading Charles VIII of France and Girolamo Savonarola in 1495. Unfortunately many of the distinguishing artworks and affrescos have long disappeared however, there are still a few pieces that adorn the interior.

Take a medieval castle with its thick fortified walls and mix it with contemporary art and you will find a truly unique way to explore Tuscany.  Stuck in the middle of the continuous battle between Florence and Siena, the Rocca di Staggia has led a tumultuous life; each step of which is explained to you in the guided tour available with the ticket. Visit the towers, the walls, learn the history of the cross roads of via Francigena, via Romana and Cammino di Compostela, find out how the influence of the Crusades and the work by Brunelleschi impacted the castle and its part in history.  Then take a walk around the small town and its quiet country roads and truly appreciate the beauty of this area. 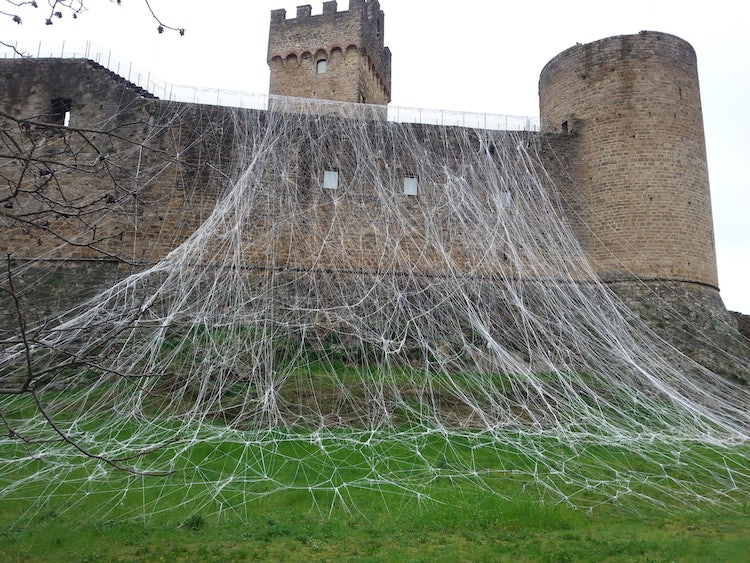 In 2012 it was nominated one of the 1000 Wonders of Italy, the castle built in the 1100’s, conserving evident signs of its medieval architecture it has been restored and it is possible to admire its beauty. The complex was part of the medieval "Mansio" (residence) which originally belonged to the Templar Knights. The structure, near the via Francigena and the now destroyed bridge Bonizio, includes a church and the “spedale” (hotel) for the pilgrims make this holy journey.

Where is Poggibonsi and How to Reach It

From either Florence or Siena, you can reach Poggibonsi by taking the Florence Siena highway and exit at Poggibonsi Sud for the historic center. The historic center is not as easy to find as the city...but with good intentions and maybe a GPS you will eventually find it! Other than Greve in Chianti, Poggibonsi is definitely one of the easiest to reach cites in Chianti by public transport. Regular buses and trains from both Florence and Siena. 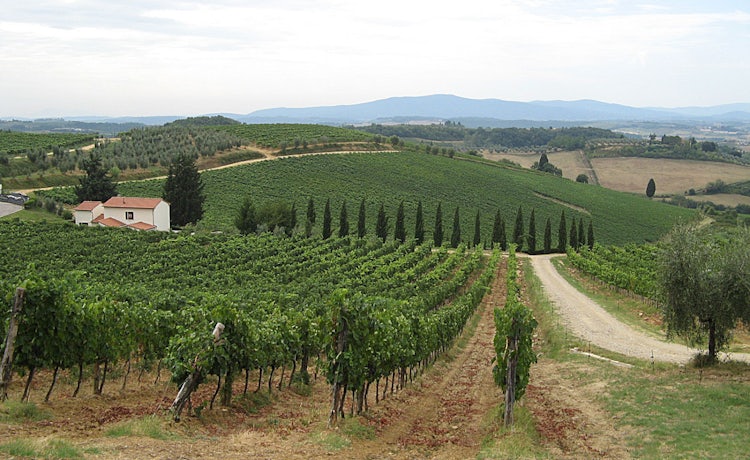