Gaiole in Chianti: The Market Town

What should you know about Gaiole?

The city of Gaiole in Chianti is another important city within the Chianti Classico region, located along the river Massellone and on the road connecting Chianti to Valdarno. The entire Chianti area has proven to be rich in artifacts from ancient people’s making it their home, and Gaiole is no different, even the local hamlets have names that bear witness to the passage of these populations. 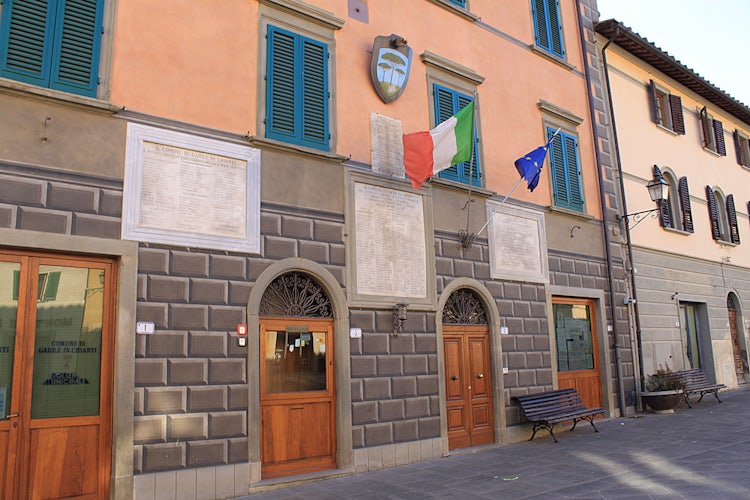 Thanks to the position at the base of the valley, Gaiole has always played an important role as a “market center” for the castles and towns nearby. Characterized by a position that is surrounded by steep hills and narrow valleys, the area is predominantly comprised of forests abundant with oaks, vineyards and olive groves. Once a town busy with local traffic, after the end of the struggle between Florence and Siena the area turned more towards agriculture reinforcing its position as a market town. Since it was a marketplace, it never had the need for defensive walls such as those in Radda in Chianti. Thus the constant battles between Florence and Siena probably explains why the center was destroyed and rebuilt many times; which in turn explains why very few buildings which have been preserved from the past. 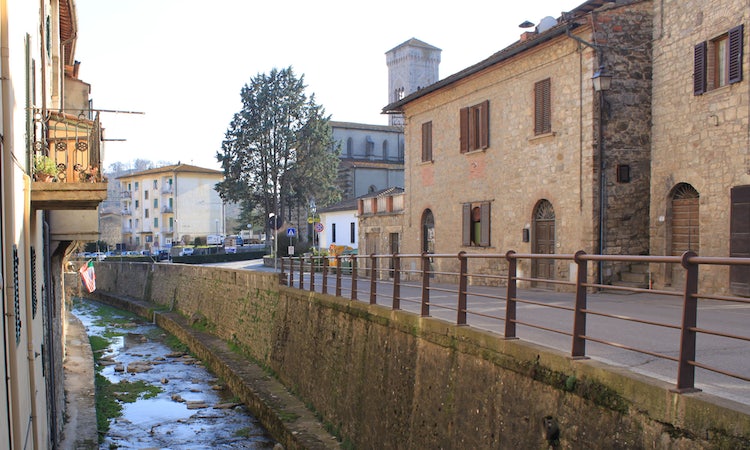 The powerful presence of the Ricasoli family has been a guiding factor in the growth and importance of the Chianti wine throughout the years and even today. They can trace the lineage back to Firidolfi family, who eventually changed there name to Ricasoli because...if one can believe it...they felt unjustly persecuted because they property owners or "nobile". The constant battle between Florence and SIena left them vulnerable in the numerous castles they owned yet,  many have managed to pass down through time.  They now adorn the vast landscape, perfect for an afternoon of castle and villa hopping in Gaiole in Chianti

What to Expect in Gaiole

Since Gaiole in Chianti lived with the growth of the market, it is characterized by a large triangular shaped square where many cultural and wine events take place now, especially in the summer. A stop in this small town could include a quick stroll, a leisurely meal at one of the small restaurants or even a cosy place to make your vacation base for your holidays in Tuscany. 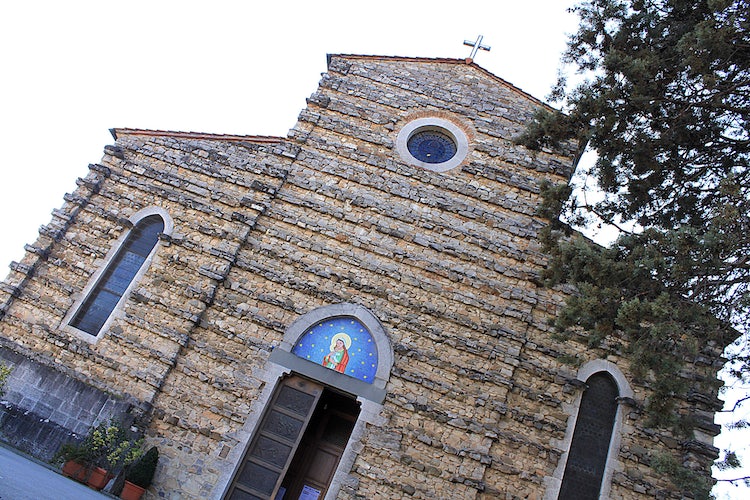 The Church of San Sigismondo, though it has an unfinished facade and is made of the typical stone found in most antique buildings, is actually from the 1930’s. Most of the artwork is more recent and inspired from the medieval epoch except for the Paliotto, con la Madonna del Rosario - a marble altar piece for 1699. 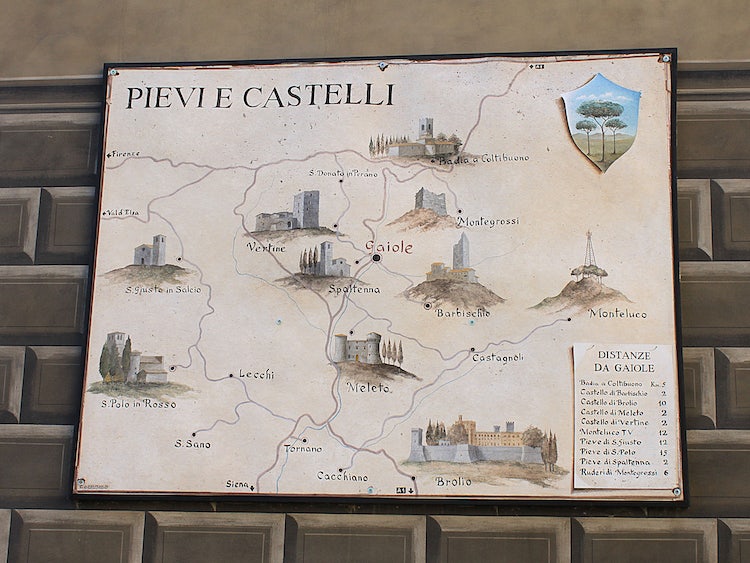 There are so many little places to explore in the territory of Gaiole, that you could spend your entire holiday roaming the small towns, parish churches, castles, vineyards and abbeys. Below is a very concentrated list of some of the more popular and easy to get to places that will highlight the exceptional beauty of the area.

Though probably older, the first reliable source which talks about the town of Vetrine is in 1013. The castle served as the residence for the Ricasoli family when Siena managed to oust them from many of their properties in 1478 thus becoming an important base for the Florentines. The excellent condition in which you find it now, especially the almost oval-shaped castle, much of the fortifications and the many of the buildings arranged around an inner circle of alleys and open spaces, makes it a beautiful stop on your itinerary. 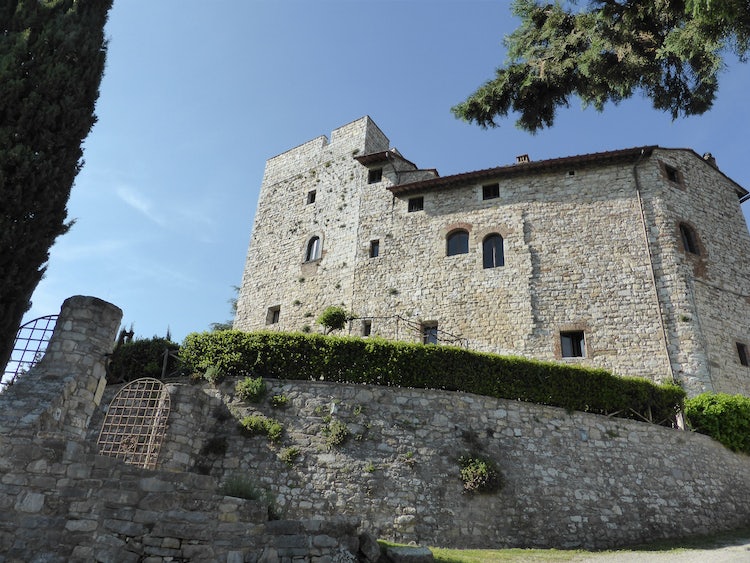 What remains of Brolio is now considered part of one of the early Italian bastioned fortresses, and it still leaves a decisive impression on the viewer (or gawker!) The Ricasoli Family, who have reigned since the 12th century. Except for a brief period when the castle was in the hands of senese ghibelini faction, the castel stood as a strong and powerful defensive position, offering a view of the skyline of their fierce enemy, Siena. 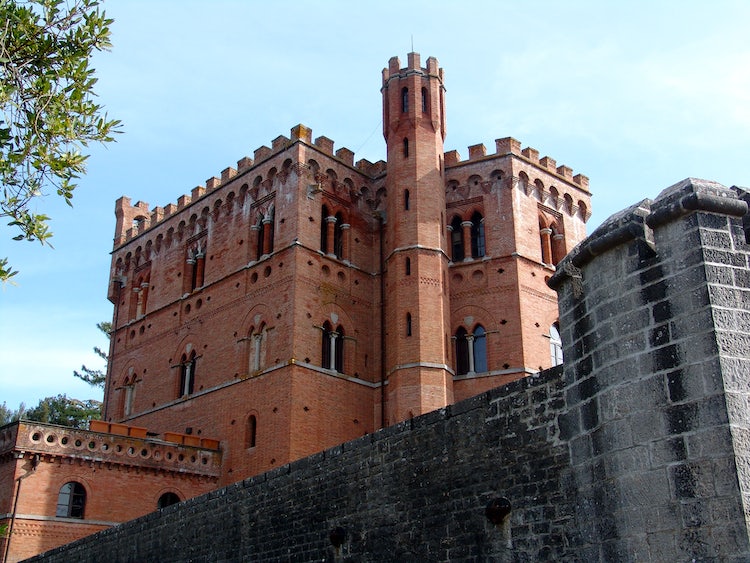 Except for a short period when put under seige and captured by the Aragoneses, who sided with Siena against Florence, Castello di Meleto stood as a military stronghold before being transformed into a luxury residence with a lovely garden. Continuously reinforced in order ensure its safety, the architectural strucute now includes cylindrical bastions which were built on the southern corners and give it a theatrical appearance today.  It is this fairytale structure which entices many to use it as a special events or destination wedding venue. 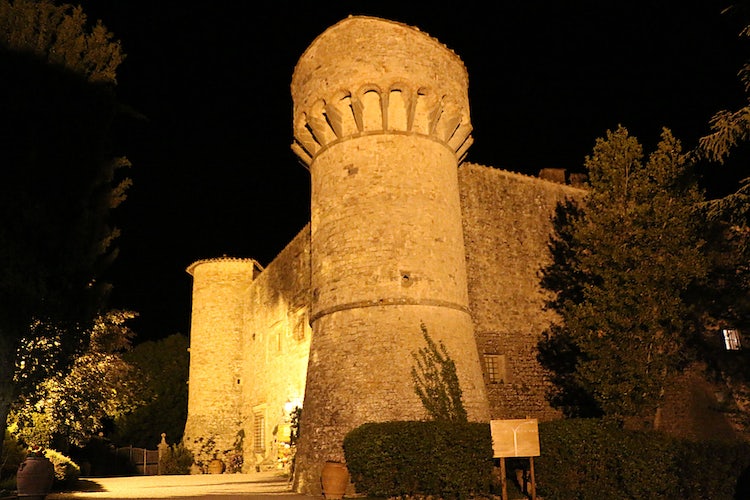 According to a legend, the abbey was founded by Jeremy of the Firidolfi family in the 10th century (before they changed their name to Ricasoli). It stayed within the family until the end of 1400 when Lorenzo the Magnificent was able to wrestle it away from the Ricasoli family. Even with the ousting of the Medici family, they were never able to regain power of the Abbey, and the only thing that remained for them was a "Jus Honorificum" to the noble family. You can visit the Abbey, the wine cellars and taste the wine while visiting the estates.

Visitable now as Tuscan resort, this church is a luxurious holiday accommodation. Though not really a castle, the fortified monastery offers a unique and well done restoration of the walls which eventually led to the name Castello di Spaltenna. In reality it is a typical example of spontaneous medieval architecture: starting as a small church, building in importance with residences till it became a group to be defended from invading forces...namely Siena in this area. 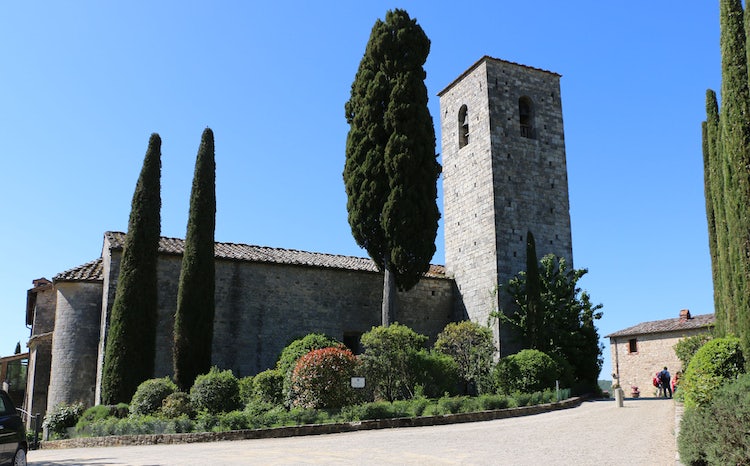 How to Reach Gaiole

Gaiole, is naturally the next destination after having visited Greve and Panzano. Once you exit Panzano, the road will make a few tight curves, and on the left there is a road which will lead you to Gaiole. There are 11 km of of a quiet country road which will having you appreciating another aspect of Chianti; it’s refreshing (especially in summer) and low lying forests. After approximately 9-10 km you will pass underneath a red brick arch and come to a round-about. Follow the indications for Gaiole. 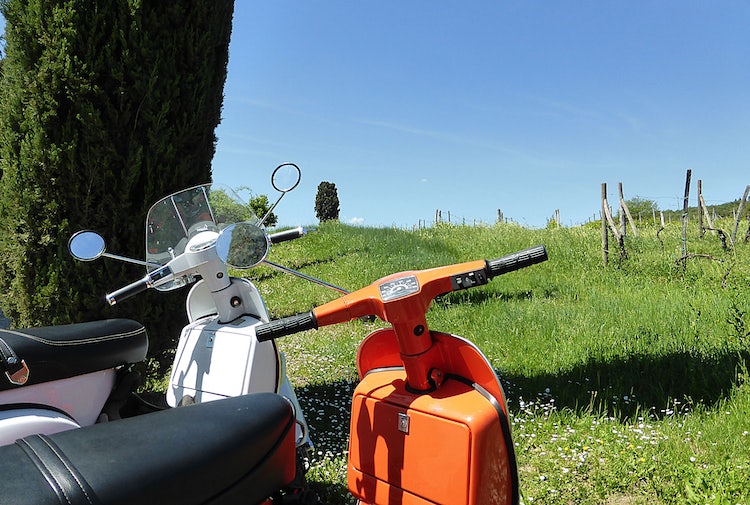 Coming up from Siena you can either take the Florence-Siena highway, exit at Badesse and follow the signs to Castellina then proceed for Radda and then Gaiole or you can take the SR222 directly out of Siena and follow the road to Castellina, Radda and finally Gaiole. Either way, they are both panoramic and offer a great overlay of the Chianti area. For a shorter trip, and just as panoramic you can take the road (SS223) out of Siena that heads towards the Autostrada del Sole, and exit Cassetta-Monteaperti and then wind through the countryside to Gaiole...it is about 20 minutes shorter than the above solution and it allows you to make a circle visiting Radda then Castellina before going back to your base in Siena. 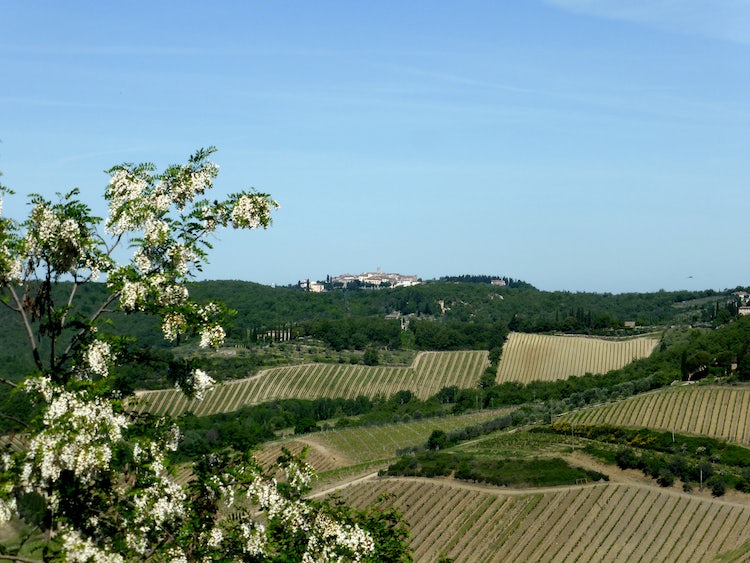 Buses are not as frequent as one would hope in this area, so from Greve in Chianti you need to catch the SITA 365A which will take you to Lucarelli. (I know that Gaiole is listed as a stop…but the bus never stop there, sorry) You will then change buses for a for the Siena line S101 which will go first to Radda and then to Gaiole.

From Siena you can take the bus 127, which runs rather frequently and takes about an hour. 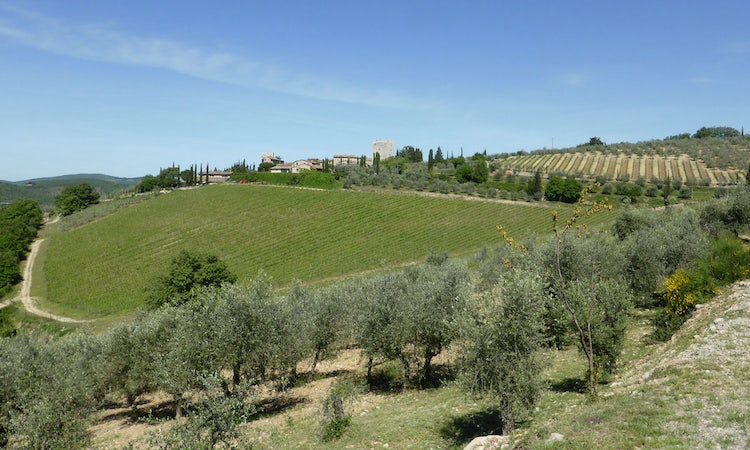 The Castello di Brolio is an impressive Chianti castle located a...

Located only a short distance between Gaiole in Chianti and Siena,...